I love to play.

I don’t know my aims.

I don’t know my future.

I just live in the present.

And make the most out of it.

But then, one day,

And five days after,

Were the days of horror.

That day I lost faith in humanity.

The day I lost faith in religion.

The day I was kidnapped.

I was locked in a temple.

The day I was raped.

But by a gang.

Not once, not twice,

The day I realized,

That women are not objects.

The day I was killed

I have lost my voice,

Since the brutal crime.

If you still have one,

Raise it, make it audible.

You are getting a chance

To bring back humanity.

It is very easy to say,

YOU are the ‘people’.

If you have a problem with them,

You have to make the right ‘people’.

And I still have hope.

I need your help.

Put yourself in her shoe. Probably that’ll help you to understand. I think social media is the best way to spread the message. There are rape cases reported each and everyday. Many of them go unnoticed. Just think of the ones which aren’t reported at all. People have fear in them. People are afraid to speak up. We have to replace this fear with the fear of committing the crime. Rape is not justified. It is not justified by conflict, religion or anything else. Rape is rape. Rape is force. Rape is irrecoverable. Rape is brutal. Rape is unacceptable. 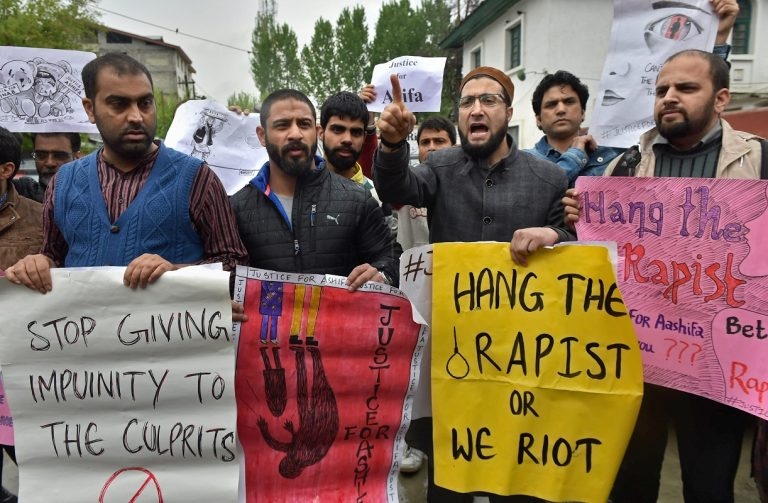 Don’t hang the criminals. It is a sweet punishment of death. Catch them, beat them brutally, tie them to a pole and kick them where they need to be kicked. Beat them until they start bleeding. Let them get a taste of their own poisonous medicine. Then hang them. This is how I think they should be punished. What are your views? Let me know in the comments below.

And I also request all of you to use the best of social media platforms to spread awareness among the youth. Highlight the issue. Keep it in Bold. Justice for Asifa. Justice for every victim. Share this message with everyone you can. Change the society. Stop the crime. Make it happen.

Thank you for your time:)

Pick a category that interests you: